The Weekly Blog (after 3 months)

by Andrew Hassard on 6th April 2018 in Mango Musings - The Weekly Blog, News

Yeeha, 3 months down and (hopefully) many more to go.

Well, 3 months down since the reincarnated Mango Bikes took its first orders (admittedly placed by me) and officially relaunched.  NB.  Those were test orders to check payments could be taken, we’ve had other orders, from people I don’t know, since then!

I promised I’d do a weekly blog as part of reconnecting with the Mango community and letting the world see that we’re back in business.  Luckily, I only promised myself and didn’t say it out loud.  But I’m saying it now so here goes.

For me, most things in life are about learning, pushing and challenging limits, going beyond them and then figuring out how to do it.  Some parts of taking over Mango I was comfortable with, others I knew would challenge me and the rest I just didn’t even know what was coming.

I guess it’s a bit like learning to ride a bike – as a kid you fall off a few times and get going again.  Then you grow up a bit (or never as Mrs H might tell you), get cocksure of yourself because you can ride a bike, then decide to go off on a big bike ride and realise you’re still that little kid……………….except you’re 20 miles from home, got no money, food or phone and are blowing out your posterior like a goodun’.  But you get home, get over it and a few days later look at the bike you threw into the back of the garage and genuinely believe you enjoyed it.

Whether riding a bike, trying to run a bike business or any other multitude of situations (e.g. writing your first blog) problems will always occur.  There are two approaches to take; make them out to be bigger than they are or just deny the problem is as big as it is.  The incurable optimist in me makes the latter my modus operandi. 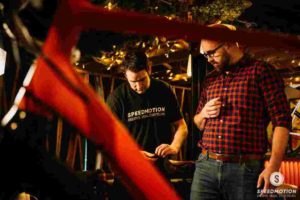 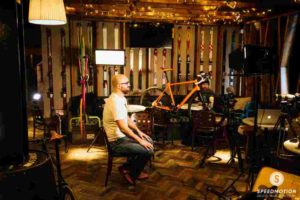 Did we bite off more than we can chew taking on Mango?  Definitely not.  Lots and lots to do but we’ll get there. And then keep going.
Have we made mistakes in the last 3 months?  For sure but we’ve done our damn hardest to resolve them.
Doesn’t seem like much has changed, that true?  Yeah and nay.  New location, totally new team and nuclear reset button – there’s been loads going on behind the scenes but we’ll start to see a few changes coming through over the next few months.

What have I learnt/not learnt/still need to learn?  Here’s a top 10 (or maybe just 10 I can think of)

PS.  We’ll be saying goodbye to some of the bikes in the range to make room for new models we are close to signing off.  This means there are some bargains to be had.  First up is the Portland; fill your boots, when they’re gone, they’re definitely gone……  now £150!!!