When is an OG not an OG? And other such mess ups – The Weekly Blog

by Andrew Hassard on in Mango Musings - The Weekly Blog, News

OK, so it took until the 3rd week for me to miss a “weekly” blog.  As previously declared, I’m an optimist so…………at least it wasn’t after the first week.  Honestly, we’ve been flat out keeping up with orders, dealing with customers queries and trying to plan for the future.  None of which I’m complaining about, all of which are great investments of time.

I promise to do better from now on and do a weekly blog.  For sure.

So, back to this week’s blog; When is an OG not an OG?  When it’s an Original Single Speed of course.

That’s what happened when 2 customers unboxed their “OG’s” a couple of weeks ago.  And to make it even better, the 2 customers were flatmates who got their bikes a few days apart.  They ordered an OG but got a Single Speed.  Well done Mango Bikes.  We’ve also managed to build a bike twice (only sent 1 once though), put some bartape on upside down and a couple of other boo-boo’s.

I deal with awkward and difficult situations by thinking that some humour will be the solution and now is no different.  But I do also realise that trying to be funny isn’t always the wisest option.  Took a bit of trial and error to get to that conclusion though.

A guy I lived with at university (called Dave) had some funny sayings, one of which was,  “I once thought I was wrong but I was mistaken”.  Still makes me chuckle now just typing it out.
However, when dealing with any issues that arise we take it seriously, will hold our hands up and get the issues resolved as quickly as possible.

Humour, may or may not be rolled out depending on the situation. 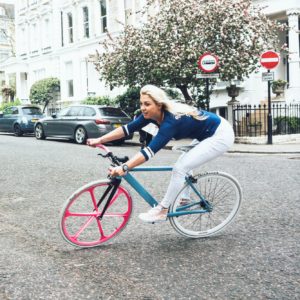 Building a great brand and business isn’t just about selling fantastic bikes and accessories.  That is part of it, but without backing that up with customer service to meet and exceed expectation it won’t work long term.  Most important of all is that we genuinely care at every stage of interaction – first time on site, queries about the bikes, updates on orders, delivery questions or post-delivery assistance.

We’ve just launched Live Chat in the last couple of weeks which adds an extra way to contact us (email, phone, social media already in place) for quick and (hopefully) easy answers.  There are no automated bots and all spelling and grammar mistakes are human generated.

Has Mango made mistakes?  Yes.  Totally unintentional, but we’re human and do make mistakes.  However, we always work hard to resolve any issues quickly with the minimum of hassle.

Will Mango make any more mistakes? Probably.  The robots are unlikely to take over any day soon so the human touch will be there at all points which means there will be brain-farts and occasional mistakes.  These will be few and far between but when they do happen we’ll make it better again.

If there’s 1 thing to take from this blog it’s that Mango Bikes cares.  Our bikes may not be most expensive, the most technical (there’s another blog post about this soon) or the most popular in the world but it’s still someones hard earned cash that has been given to us.  In exchange for that, we promise you a bike you’ll love and all the help and assistance you need now and in future.

PS.  The “OG’s” were replaced pretty quickly with actual OG’s.  One of the customers actually took time to feedback and tell us our customer service was “exemplary and different”.  The optimist can take his head (hung in shame) and lift it up a bit again.