Not your regular bike company

From bikes to boardroom 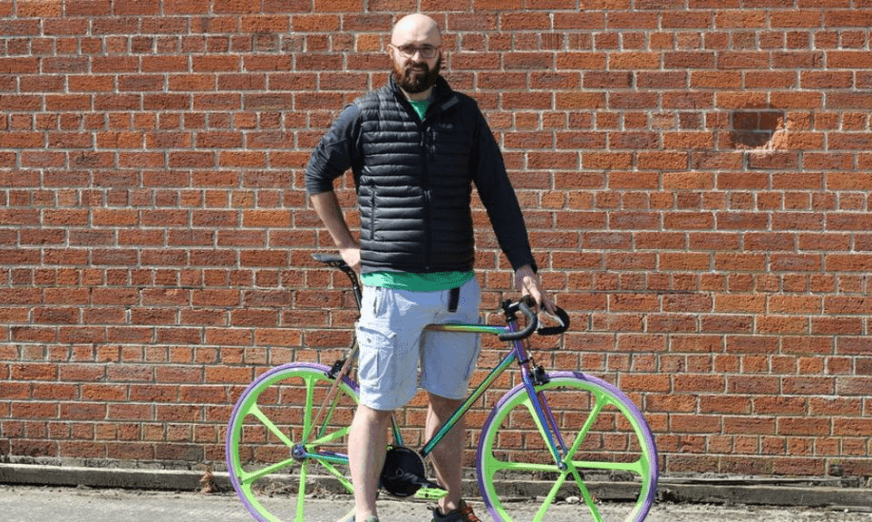 In the beginning, Ben and Jezz led a humble band of British Bikers on the ascent of their lives, gritting their teeth and pushing their way to the top to form Mango Bikes - no-one tells that part of the story better than them…

There are two things that sustained us through university – student loans and cycling. Two housemates united by our mutual obsession, we spent many-a-ride setting the bike industry to rights. Our main gripe was the massive lack of relationship between these big companies and their customers. Like the Freemasons or something else that sounds vaguely secretive, we were left on the outside without knowing the fancy handshake. Their manufacturer > distributor > retailer supply chain seemed pointless and kind of mafia in this day and age.

Instead of sending them passive-aggressive tweets or spending our summers sitting around eating Doritos, we decided to create our own bike company from scratch. We did this on a shoestring budget running mostly on goodwill and support from people who liked what we were doing. Indulging our every whim and asking, “what happens if…?” we made a place where we could talk to customers, tap on computers, spray bike frames and assemble our dream rides all in the same tiny workspace. It was a novel idea, and it worked a treat.

We’ve come a long way since the beginning, but it wasn’t all plain cycling.

In 2017, we hit a hole in the road created by bad numbers and some not-so-wise prophets. In short, Mango went head-over-handlebars and bruised like a peach.

Luckily, we still had our great bikes, so instead of lounging around in defeat we got up, brushed ourselves off, and got back in the metaphorical saddle. It wasn’t long before our feet hit the pedals for real, and we cycled balls-to-the-wall to let off steam before coming back to start the tour afresh.

Under new ownership, we relocated to Ballyclare in Northern Ireland, where we continue to make the same brilliant bikes but with twice the rainfall and a much nicer view.

We’re still the same tasty brand with a passion for making great, affordable bikes and a zest for cycling, but we have a cool scar and a story to tell anyone who will listen.

Eat your heart out, Shakespeare.