The weekend may be over but we're still on a high after attending the 10th annual  MR PORTER London Nocturne event. There were 9 races overall which, for anyone that hasn't attended a London Nocturne, include some fantastically entertaining laps. These included the Penny Farthing Race, the Pedalsure Folding Bike Race, and the Santander Cycle Hire Race, which ended in a sprint to the finish line after docking the bikes. While the crowd was full of laughs and smiles, the participants were anything but joking; the competition took a hold and there was some very serious cycling throughout!

During the City Criterium we held a very short-lived track stand competition during which we were honoured to meet 14 year old Harrison. The challengers had no chance when this experienced road and mountain bike racer rocked up in his Yeezys and almost motionlessly kept balance for over 20 minutes ( note—he definitely could have kept going, we told him he could stop and declared him as the winner!). Harrison drew quite the crowd, and a lot of well-deserved respect was sent his way. Well done Harrison for winning a Point Blank frameset! 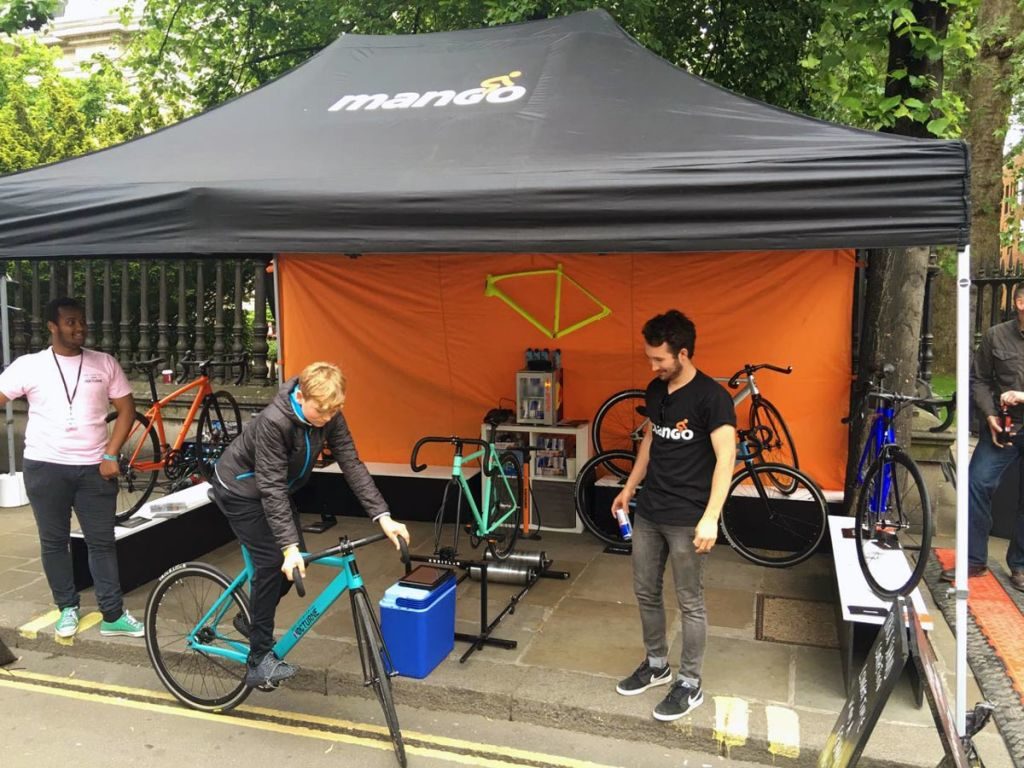 14 year old Harrison could have held this up all evening!

The Mango Bikes Criterium kicked off at 6pm, by which time the crowds were fuelled and the cheers were echoing through the glass tunnels of One New Change. The KYCU Velo team joined us for a few pre-race spins before putting in some amazing effort on the unfamiliar city streets. Daniel Mateus finished 13th with Jacob Smith closely following in 16th. The speed these guys were flying around the track was incredible, and considering the warm-up laps were few, the whole team did an amazing job. 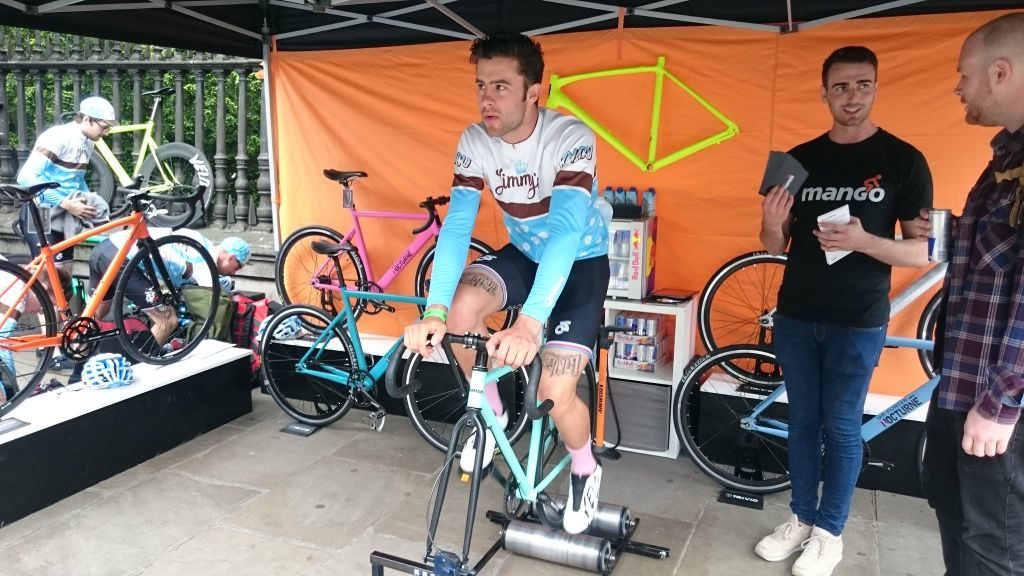 Daniel Mateus finished 13th in the race—Here he is donning some serious focus and warming up on an Original Single Speed. 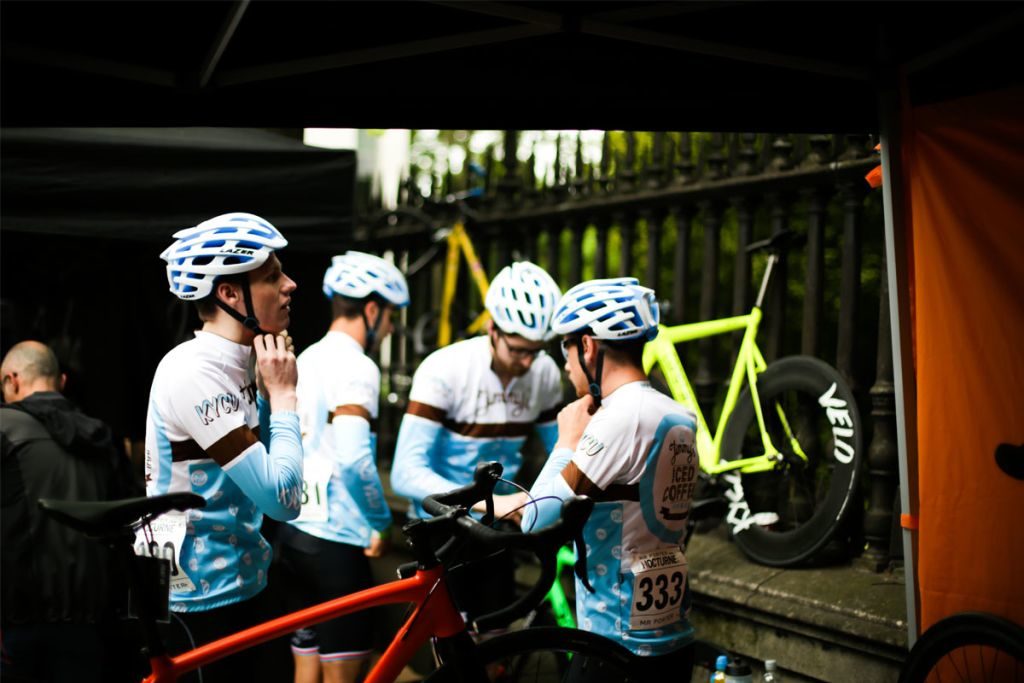 Alec Briggs took an early lead in the race scoring the £100 prime offered by Red Hook Crit for the first lap. His lead continued and resulted in an overall win, and a prize Point Blank presented to him on the podium. 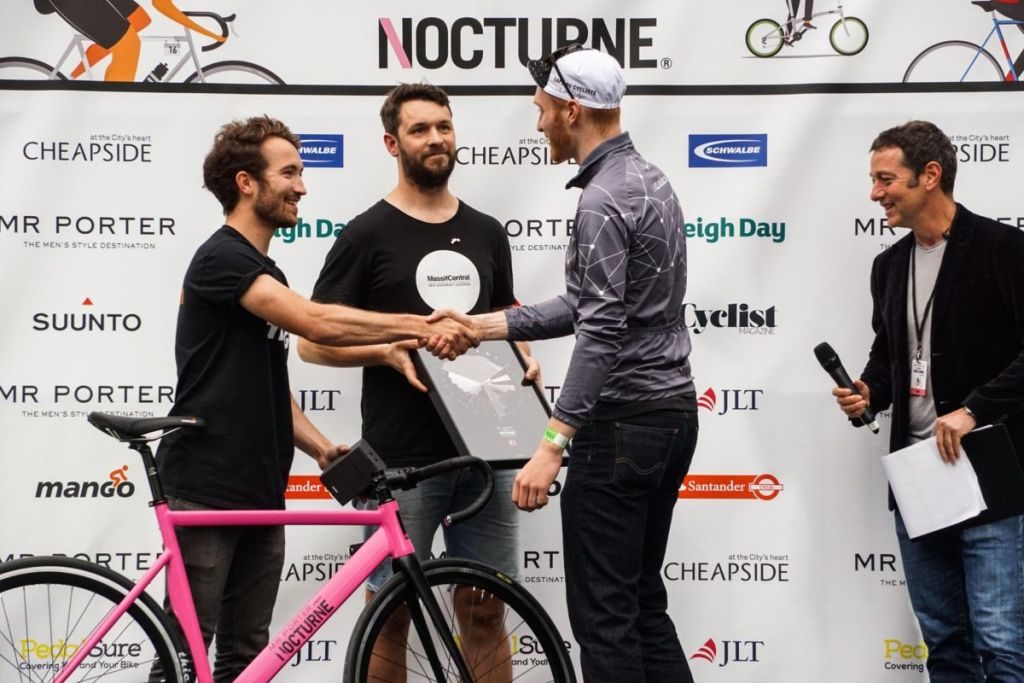 The evening continued into the elite races where Chris Lawless from JLT-Condor took 1st in the MR PORTER Elite Criterium and Alice Barnes from Drops Cycling Team took 1st in the JLT Elite Criterium. Double Olympic gold medalist Ed Clancy also took part in the MR PORTER Elite, but drifted away from the leading pack, finishing outside of the top 10. 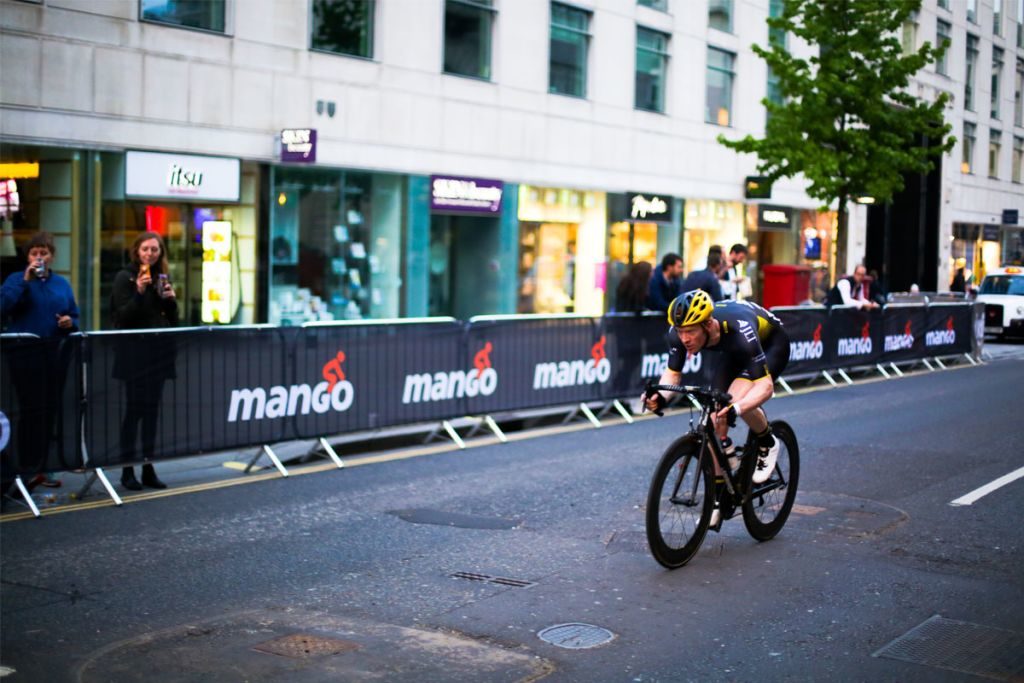 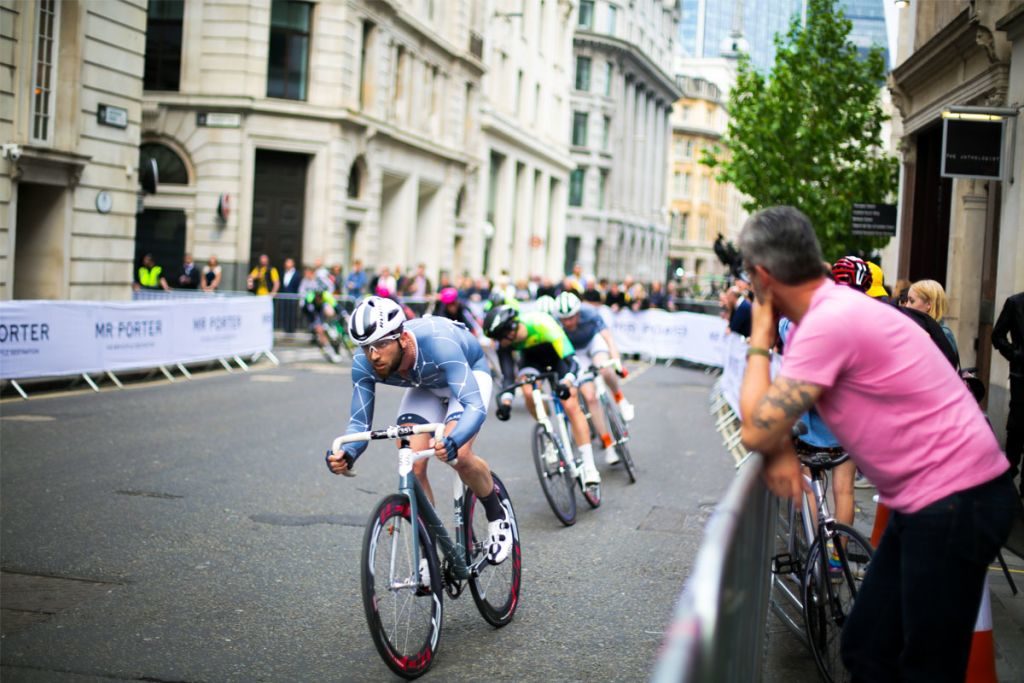 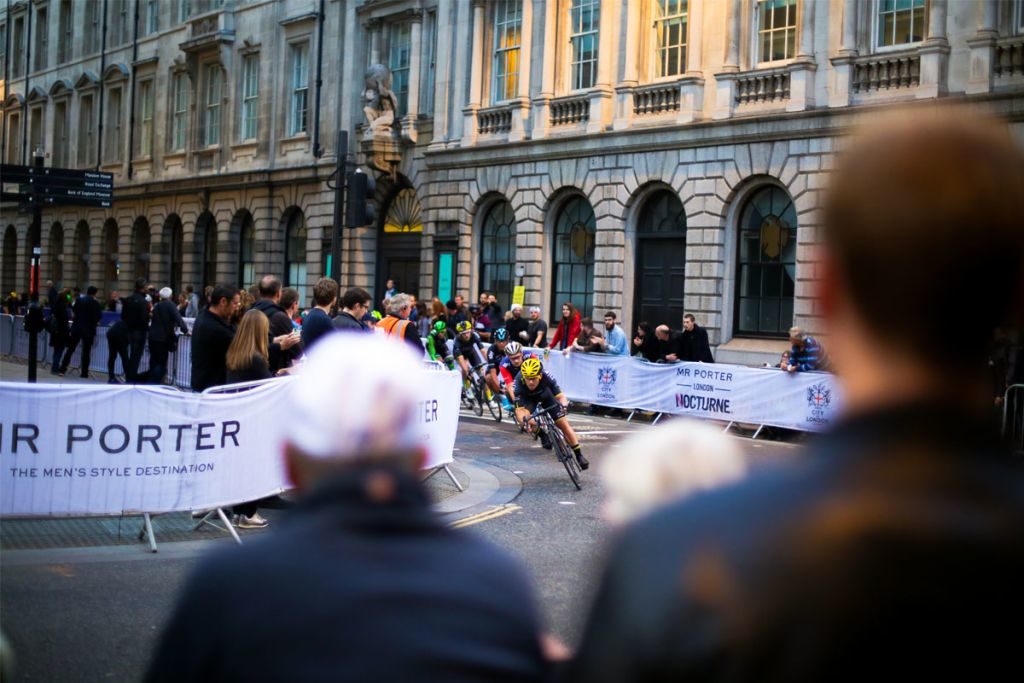 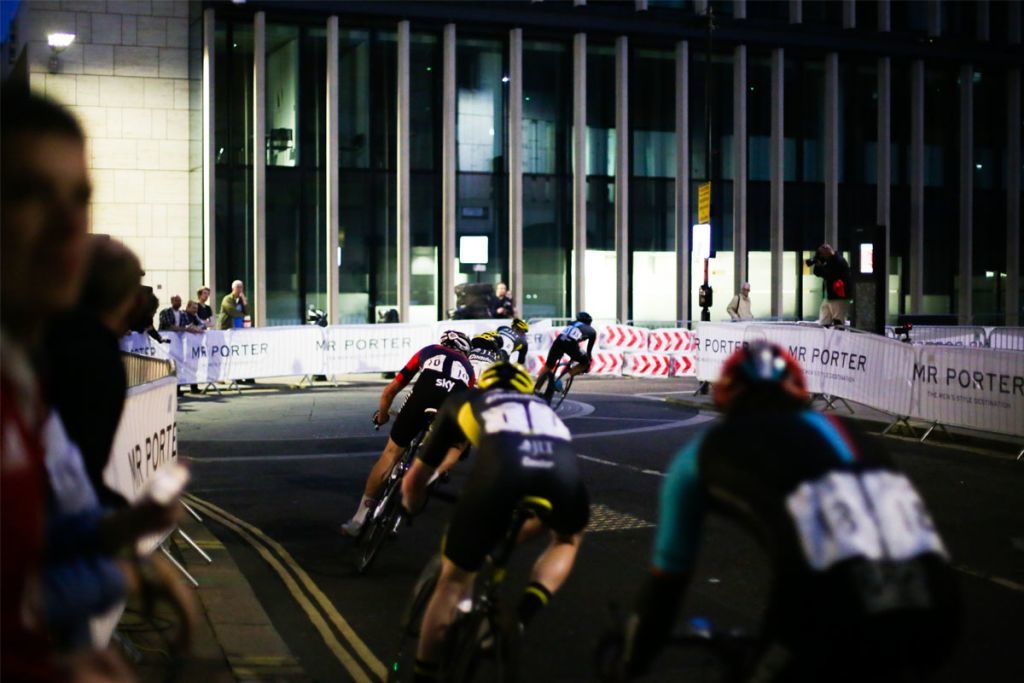 A massive congratulations to everyone that took part in the races, and thanks to everyone that stopped by our tent for a chat, Mango riders and new friends alike. It was also great to meet Christopher and Dan, our VIP ticket competition winners, who we hope had an enjoyable evening in the hospitality area with afternoon tea, a summer BBQ and complimentary drinks!

Huuuuge shouts to Steve the bar manager at the MR PORTER Garden, who snuck a few beers in our cooler and filled up our cups throughout the day!

We had an amazing time at the MR PORTER London Nocturne, and will certainly be back in one way or another next year!

Get your hands on the prize!