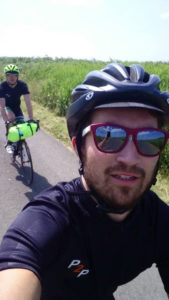 Around 2 weeks ago me and my uni friend Sam slammed on our brakes having just rolled over our finish line – the Charles Bridge in Prague. An immensely satisfying feeling given 4 days prior I personally doubted our ability and feared for the worst. Poole 2 Prague in 9 and ½ Days.

“WHY WOULD YOU WANT TO DO THAT?”

Working for an exciting brand like Mango Bikes brings a lot of scope adventure. Testing bikes has to be one of the best parts of the job and with the launch of the Point R this summer I saw an opportunity for a real test. That idea grew fairly quickly into a 1500km challenge across 5 countries; a test for both my legs and Mango Bikes. P2P, Poole to Prague a fairly simple idea with no real inspiration other than just that, both place names begin with the letter P.

The Point R is Mango’s fastest machine to date, an alloy/carbon road bike with spec from world leading manufacturers Shimano. New territory for Mango Bikes, the P2P was set to be the first test for this new performance model. Which bike are you riding then? With Mango Bikes originally a single speed brand there was some outrageous talk of attempting this trip on a fixie/single speed. I think it’s safe to say attempting this trip on a single speed would have resulted in missing our flight. I’d say we saved a day and a half choosing the Point R. 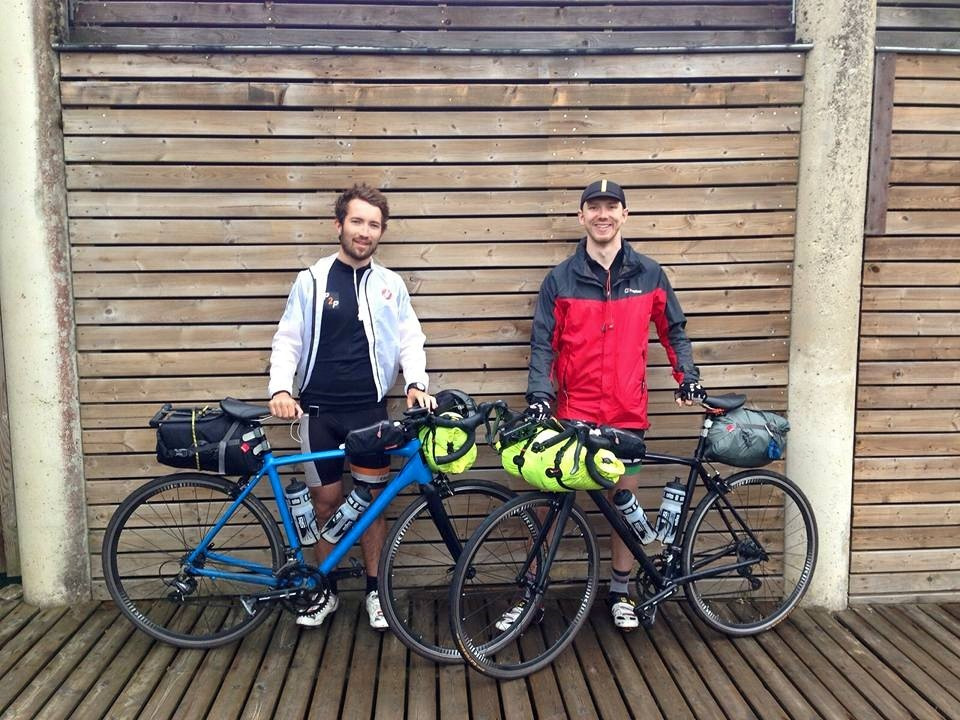 TWO IS ALWAYS FASTER THAN ONE

As for us, I would describe both of us as keen and fairly fit cyclists but by no means experienced distance athletes. Ahead of the trip a 120km sportive was a daunting prospect followed by a day sat on the sofa. So 10 days back to back at an average of 150km per day was hopeful at best. Sam, a gifted athlete and Sport Science PhD outlined that each day we will get fitter and stronger. I enjoyed his optimism but didn’t really share it. After the first few days however we did get to grips with the brutal fact that 7 hours in the saddle was essential.

We didn’t treat ourselves to many breaks and stuck to snacking on the road rather than arrange stops for meals but by far the most important factor was riding for each other. By this I mean drafting behind each other or slip streaming… Taking turns at the front while the other eased off behind. 10 K on, 10K off. It worked a treat… Most of the time.

I’d like to take this opportunity to thank Sam for his broad shoulders. Those hours in the gym really paid off buddy, for me anyway. The amount of energy I saved sheltering in his slip stream was fantastic. My slight frame however did not provide as much respite for poor old Sam. On the 7th day in the saddle Sam announced he had found my slipstream… then he lost it. 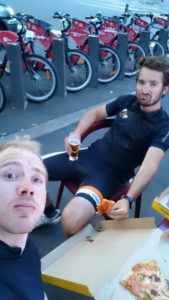 Riding an average of 7 hours per day for nearly 10 days straight started to catch up with us by about day 6… Sheer exhaustion causes some funny results, most notably the supermarket panic buying and tendency to fall asleep at any time, like in Burger King for example. Stopping for too long a period you risked getting stiff or falling asleep, but riding further and further without regular breaks was dangerous. Combine that exhaustion with unexplained twitching and numbness all over your body, this “holiday” was quite quickly becoming the hardest thing I have ever done.

The sun returned after a wet few days through Belgium and as if our legs were solar powered we managed two massive days across Germany totalling 400Km. We had broken the back of this epic journey, the Czech Republic and our finishing line was almost in sight. In scorching 38 degree heat we rolled in to central Prague (well bounced over the cobbles) in disbelief of our achievement. We had arrived not on time, but early. 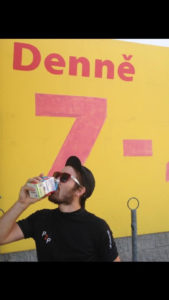 2 Riders (Not a whole peloton)

The Point R passes the test